Professor Burke is a graduate of University College Cork; he was awarded a PhD degree in 1964 following work with F.A. Lewis on the palladium hydride system in Queens University Belfast. He was subsequently awarded an Alexander von Humboldt Fellowship which enabled him to work on solid electrolyte systems with Professor Hans Rickert in Karlsruhe, Germany. Since returning to UCC he has been involved in teaching and research; he has supervised ca. 40 postgraduate students (predominately at the PhD level) and published ca. 180 papers. His achievements in surface electrochemistry led to his appointment in 1995 to both membership of the Royal Irish Academy and Fellowship of the Electrochemical Society. Having formally retired in 2004, Professor Burke is still interested in research and has just completed projects funded by Brussels (TMR) and Science Foundation Ireland 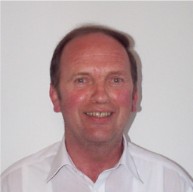