In Granada I completed a BA in Art History (2007) another in History (2010) and two Masters Degrees, one specialized in Art History and Heritage and another on History and Archaeology. In 2013 I completed an international Ph.D. on contemporary art history with a dissertation entitled Continent of Insularities. Art and Context in the Caribbean at the Turn of the Millennium, for which I was awarded the distinction Cum Laude and an excellence award in 2017. This dissertation summarized the results of five years of research that included long term residencies in the United States, Jamaica, Trinidad and Tobago, Martinique, Guadeloupe, Cuba, Puerto Rico, Dominican Republic and the United Kingdom.

After completing my Ph.D. in June 2014, I joined the Centro de Estudos Comparatistas and the Instituto de História de Arte of the Universidade de Lisboa as FCT-funded Postdoctoral researcher. The research developed since then, without forgetting the Caribbean and Latin America, my main area of research, has focused on exploring how collaborative and curatorial creative practices deal with difference and reproduce and/or challenge coloniality. This research has resulted in articles published or currently under evaluation in journals such as Third Text, Cultural Dynamics, Bulletin of Hispanic Studies, Iberoamericana, Centro: Journal of the Center for Puerto Rican Studies, Small Axe or Interventions: International Journal of Postcolonial Studies. My stay in the University of Lisbon has been essential to complement my previous expertise in Latin American studies with a new focus on Portuguese and African cultures.                 In Lisbon I was Principal Investigator of Comparing We´s: Cosmopolitanism, Emancipation, Postcoloniality, a research project on creative collective agencies and emancipation focusing mostly on Lusophone and Hispanophone contexts. The activity of this project, which integrates researchers and students from ten countries, included the organization of four seminars (Comparing “We’s”: Community, Cosmopolitanism and Emancipation in a Global Context (Lisbon, October 2015), Península. Colonialidade e Curadoria (Lisbon, January 2017) Africa in Cuba (Lisbon, June 2017) and Multiculturalism, Nationalism and Citizenship in Transnational Europe (Lisbon, November 2018); two conferences (Envisioning the Futures of Emancipation and the Emancipation of Futures (Barranquilla, Colombia, September 2015, ), Arte e política reloaded? The Right to the City (Lisbon, June 2016), the publication of a reader in Portuguese with key texts on collaborative art and politics (Lisbon: Sistema Solar, 2019), the organization of five lectures (Paz Guevara, Conrad James, Jay Koh, Jerome Branche, Juan Duchesne Winter) and a special issue accepted for publication in Third Text Journal, in addition to the publication of several articles. As part of my research in Lisbon, I completed a short monograph in Portuguese (Além da dor e da tragédia. Sobre a representação visual da catástrofe natural (Lisboa, Nova Vega, 2016.)

During my first year at UCC I coordinated the research events of the Spanish, Portuguese and Latin American Studies Department.
‍

The main focus of my research is on contemporary creativity and civic agency in postcolonial contexts. I explore how different forms of activist and socially-committed artistic and literary creation contributed to the construction of postcolonial public spheres. This implies dealing with formal and informal art institutions, contemporary curating and bottom-up strategies of artistic production. My last monograph, Beyond Representation in Contemporary Caribbean Art: Space, Politics, and the Public Sphere (New Brunswick: Rutgers University Press, 2019) deals with those topics in several Caribbean contexts. The Caribbean has played a central role in defining my understanding of arts and more generally the capacity of cultural creativity to address issues of sociopolitical transformation. I have edited two volumes related to those topics and co-edited several special issues on post-tropical aesthetics, art and Caribbean cultures of migration and counterstreaming visual imagination.                 I am currently writing a new monograph in collaboration with SUNY Press on socially engaged art and coloniality under the title of Decolonial Complicities. Socially Engaged Art and the Reinvention of Radical Creativity. In this case, I am looking at examples of radical creativity in a wide variety of contexts, including Indonesia, Hong Kong, Uganda, Chile, Brazil, Argentina, the Caribbean, Portugal or Indonesia. In this book, I argue that there is much to gain from approaching contemporary politically-committed art practices from a lens sensitive to postcolonial and decolonial struggles. These struggles were central in the development of radical views of artistic production and cultural practices, developing a vast yet largely underexplored set of ideas and practices decades prior to the acceptance of socially-engaged art by Mainstream art institutions and its incorporation in the art world. As part of this book I am also analysing how anti-colonial theory and praxis informed contemporary aesthetics and creative practices, particularly focusing on the work of C.L.R. James and Amílcar Cabral.                 I am also co-editing a collective volume, Curating and Coloniality in Contemporary Iberia (accepted for publication in 2020 by the University of Wales Press) that analyses how contemporary art exhibitions and other curatorial practices dealt with the legacies of colonialism in the Iberian space. The volume offers an innovative take on Iberian Studies, exploring how coloniality is impacting contemporary Iberian societies. The book includes artists, curators, cultural managers and scholars from the Iberian Peninsula, Latin America and Africa as collaborators.After completing those initiatives, I intend to work on two different projects: a study of the contemporary representations of the art world(s) in Latin American and “Lusophone” literature; and an examination of the afterlives of anticolonial aesthetics. 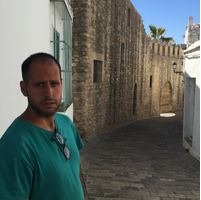