Eoin Gorman attained his master’s degree in occupational therapy from the University of Limerick in 2010. Eoin also holds a master’s in anthropology and a bachelors’ degree in psychology. He is currently undertaking a PhD exploring the lived experience of people who self-identify as transgender in Ireland.

Eoin’s educational and career pathway has been heavily influenced by his interest in psychosocial concepts and issues. He is particularly interested in the historical development of “mental illness”, alongside social trends, attitudes and critical perspectives towards mental health and service-user led movements.

Since qualifying as an occupational therapist Eoin has worked both academically and clinically. Eoin worked as a teaching and research assistant within the department of Clinical Therapies at the University of Limerick. During this time, Eoin alongside his colleague, designed, developed and implemented an innovative 10-week occupational therapy community mental health programme called “Activate II”. This programme was designed for unemployed people and was based on the concepts of Lifestyle Redesign ©. Activate II was nominated and shortlisted for the Anne Beckett award in 2013.Clinically, Eoin has worked across various psychosocial settings including adult and older adult inpatient and community mental health, as well as youth and young adult community mental health.

Eoin came to UCC in January 2015 to pursue his PhD, exploring an occupational perspective of gender with focus on the occupations of people who identify as transgender. Since then Eoin has lectured across various modules and worked with the practice education team from 2015 to 2016. In 2016 Eoin joined the department as a full-time lecturer assuming the position of year 3 coordinator.

In June 2017, Eoin was made Professional Programme Director of the undergraduate course. Eoin continues to lecture across years 3 and 4 of the of the occupational science and occupational therapy programme. Eoin’s teaching in Year 3 focuses on the psychosocial aspects of persons, environments and occupations of adults and older adults. Within year 4, Eoin is the module leader for Integrated Professional Practice, whereby students collate their learning from previous years and apply it to new and increasingly complex issues and concepts. Students also explore and critique the value and impact of legislation on therapy and are provided an opportunity to explore non-traditional and emerging areas for occupational therapy. Eoin has provided research supervision to both master’s level and undergraduate level students.

In 2018, Eoin was a successful recipient of the UCC President’s Award for Excellence in Teaching and Learning for his development and delivery of an innovative and multifaceted teaching and learning event, “Death Week”.‍

Eoin’s research interests centre on adopting an occupational perspective across a variety of areas strongly influenced by counter-culture and service-user perspectives. As an evidence-based lecturer, Eoin's areas of research interest are interconnected with his teaching interests; gender and sexuality, mental health and Madness, death and dying, spirituality, human rights-based healthcare, and social justice with emphasis on psycho-social issues.‍‍

Eoin’s teaching interests build on emphasising occupation as the core within the disciplines of occupational science and occupational therapy. Eoin is heavily influenced by his interest in psycho-social concepts and issues. Drawing upon his qualifications in psychology, anthropology and occupational therapy Eoin is particularly interested in the intersectional dynamics between people as occupational beings, socio-historically constructed concepts and the environments in which they are performed.  Eoin's teaching philosophy aims to foster critical and reflective thinking among his students as future occupational practitioners.
Key areas of teaching and research interest to Eoin are gender and sexuality, mental health and Madness, death and dying, spirituality, human rights-based healthcare, and social justice with emphasis on psycho-social issues.‍
‍ 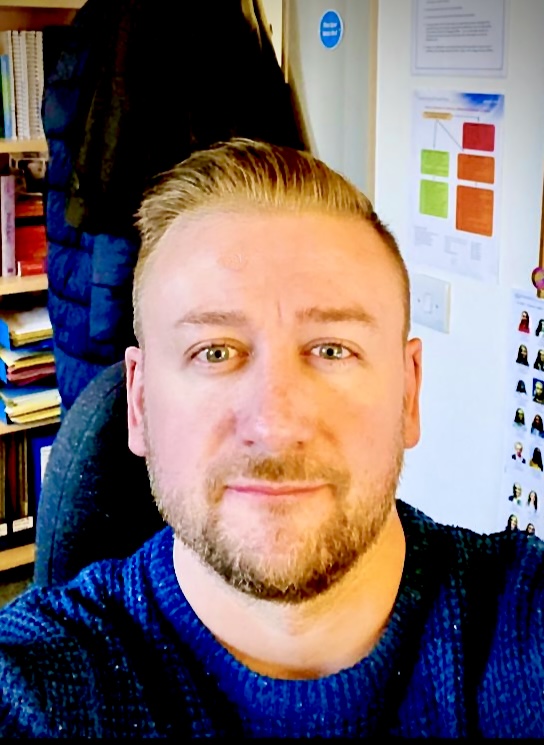