John Sodeau has been Professor of Physical Chemistry at UCC since 1998. Before that time he was Reader in the School of Chemical Sciences at the University of East Anglia (UEA) and before that he was a lecturer at University of California at Irvine (UCI). He has been Head of Department (HOD) twice (2000-2002 and 2010-2012). He is founding (and current) Director of the Centre of Research into Atmospheric Chemistry, CRACLab ( http://www.ucc.ie/en/crac/), a part of the Environmental Research Institute (ERI) and for which he was also a founding member and initial Deputy Director. He set up the interdisciplinary B.Sc. programme in Environmental Sciences at UCC in 2001 and was its first Chairman of the Board. He was responsible for recruiting all of the current academic staff members in the Physical Chemistry Section and set it up in its present form with equal emphasis placed on Atmospheric/Environmental aspects and also Materials Chemistry as research themes. While HOD in 2001 he initiated a new management structure (that still operates) comprising specific new sub-committees (e.g. Executive Team, Research, Teaching, non-academic staff) to support the traditional Departmental Committee while extending its membership to include undergraduate representatives, postgraduate representatives, researchers and technical officers. He was lead author on the first two Strategic Plans for the Chemistry Department and played the same role in the last UCC RQR exercise in 2008. He was the first Chairman of Research for SEFS. His teaching interests and duties still remain in kinetics, spectroscopy, photochemistry and atmospheric chemistry at all levels. In this regard he was invited by the Tokyo Institute of Technology to visit as Interdisciplinary Professor of Science and Engineering in 2009. There he devised an e-learning course for postgraduates and final year undergraduates on atmospheric chemistry, which has now been transferred to UCC on the PANOPTO remote video/audio system.

His main research interests are in Atmospheric Chemistry (for 35 years) and more recently Aerobiology (for 6 years). He has supervised 40 PhD students over his full career (12 at UCC). He has also supervised 15 postdoctoral/teaching Fellows, 7 of which held Marie Curie Scholarships and one with a Fulbright Award, while at UCC. He has raised over €10M in research funding from a variety of national and international sources over his career and organised/chaired several conferences relevant to atmospheric chemistry (e.g. 100th Faraday Discussion, WMO AICI meeting). He has published >120 papers in peer-reviewed journals. His h-index is 28. The CRACLab website gives links to the outreach blogs, radio interviews and podcasts that he has produced over the last two years linked to atmospheric chemistry and aerobiology.

In the 2008-2014 period he raised €1.63M in grants to support his research work, published 44 peer-reviewed journal articles, 2 peer-reviewed book chapters and 3 peer reviewed EPA reports. In this same period he gave 5 invited/plenary lectures at international conferences in locations such as Buenos Aires, New York and Portland Oregon.

The unifying research theme in this period (and for his full career) has been: Studies of the photochemistry and photophysics of compounds in gas, liquid and solid phases with applications to atmospheric chemistry and aerobiology. Three main topics have been pursued:

1."Ices" and their influence on atmospheric chemistry pathways in the troposphere, stratosphere and on snowpacks.

Unusual chemistry is mediated and often accelerated by frozen ice surfaces and “micropockets”: ozone depletion in the Antarctic stratosphere driven by Polar Stratospheric Clouds (PSCs) is the most well-known example but snow-packs in both the Arctic and Antarctic regions can emit unexpected chemicals like formaldehyde and nitrogen dioxide and inter-halogens. We have investigated many mechanisms by which these processes occur (e.g. how mercury can be transformed from its relatively benign elemental form to much more toxic species). The work has been sponsored by SFI and IRCSET. Our overall research into “atmospheric cryochemistry” is summarised in a recent review I was invited to write for ACS Accounts of Chemical Research (46 2716-2724 (2013)). Our work has also led to invitations to contribute to two recent international community reviews on polar science published in Atmospheric Chemistry and Physics. (14 1587-1633 (2014) and 12 6237-6271 (2012)).

We have been developing an instrument with colleagues in the UK (University of Hertfordshire) and now Droplet Measurement Technologies, USA to identify and  quantitatively determine, in real time, pollen, fungal spores and bacteria both for environmental (ambient) and occupational purposes. Our WIBS (Waveband Integrated Bioaerosol Sensor) instrumentation has therefore been deployed in the last 5 years from Killarney National Park to Munich to MeteoSwiss in Payerne in order to help develop a library of signals in order to distinguish PBAPs between themselves and from fluorescing chemical particulates. Most recently (January 2015) we have been awarded €200,000 from EPA to analyse real-time PBAP emissions from a green waste/composting site in Cork (OLBAS) because no other technique is currently available throughout the world to do this.

We have published 8 peer-reviewed journal articles and 1 EPA peer-reviewed report since 2011 on the “bioaerosol” topic ranging from fundamental photophysical studies on PBAP to their detection in the field and laboratory. We have raised ~€1M in the last 6 years to support this work including a Marie Curie ELEVATE Fellowship that is currently running with the University of Denver. Due to our findings the WIBS instrument is now being modified for commercial purposes so that chlorophyll-a in pollen can be uniquely detected. We are also working with MetEireann to initiate a network of real-time pollen monitoring instrumentation in Ireland.

3. Atmospheric particulate matter (PM) detection and their effects on health.

We have been monitoring the release of airborne pollution in the Cork Harbour area since 2009 under grants obtained from the EPA, IRCSET, HEA and the Marie Curie TOK Fellowship programme. The original purpose was to assess the emissions from ships but the results revealed a complex picture, which includes road traffic, power station combustion and domestic fuel burning sources. An extensive set of instrumentation was deployed for the purpose (including ATOFMS, AMS, EC/OC, NOx, O3, sulfates etc) and the data used to construct source apportionment models relevant to policymakers in Ireland. Exposing the collected material to epithelial cell lines and relating the toxicological findings to chemical composition and emission source was also a central part of this project. 10 papers in peer-reviewed journals and 2 EPA peer-reviewed reports have resulted from this work. The success has led to invitations from a number of international groupings to participate in similar campaigns in France and Spain. Our studies were further recognised by the recent award of a grant from EPA to study pollution in Irish small towns (SAPPHIRE).

He has served on numerous international research funding bodies and promotion committees in the 2008-2014 period including NERC (UK), EPSRC (UK), NSF (USA), NRC (Canada), EU Marie Curie/Framework programmes, GACR (Czech Republic). He has reviewed for many journals on numerous occasions including Environmental Science and Technology, Atmospheric Environment, Atmospheric Chemistry and Physics and the Journal of Physical Chemistry.

He currently is a member of the RSC Committee for Accreditation and Validation of Chemistry Departments throughout the world. He judges, on average, 3 Departments/Schools per year. He is also an advisor to National University of Ireland (NUI) and is their examiner for Chemistry/Physics Leaving Certificate, a judge on their bi-annual Fellowship programme and also an adjudicator for matriculation regarding the new UK "A" levels in Chemistry.

My main research interests are in Atmospheric Chemistry (for 35 years) and more recently Aerobiology (for 6 years). I have supervised 40 PhD students over my full career (12 while at UCC). I have also supervised 15 postdoctoral/teaching Fellows, 7 of which held Marie Curie Scholarships and one with a Fulbright Award, while at UCC. I have raised over €10M in research funding from a variety of national and international sources over my career and organised/chaired several conferences relevant to atmospheric chemistry (e.g. 100th Faraday Discussion, WMO AICI meeting) I have published >120 papers in peer-reviewed journals. My h-index is 28. The CRACLab website gives links to the outreach blogs, radio interviews and podcasts that I have produced over the last two years linked to atmospheric chemistry and aerobiology.

My main teaching interests are in photochemistry, spectroscopy, kinetics and atmospheric chemistry. 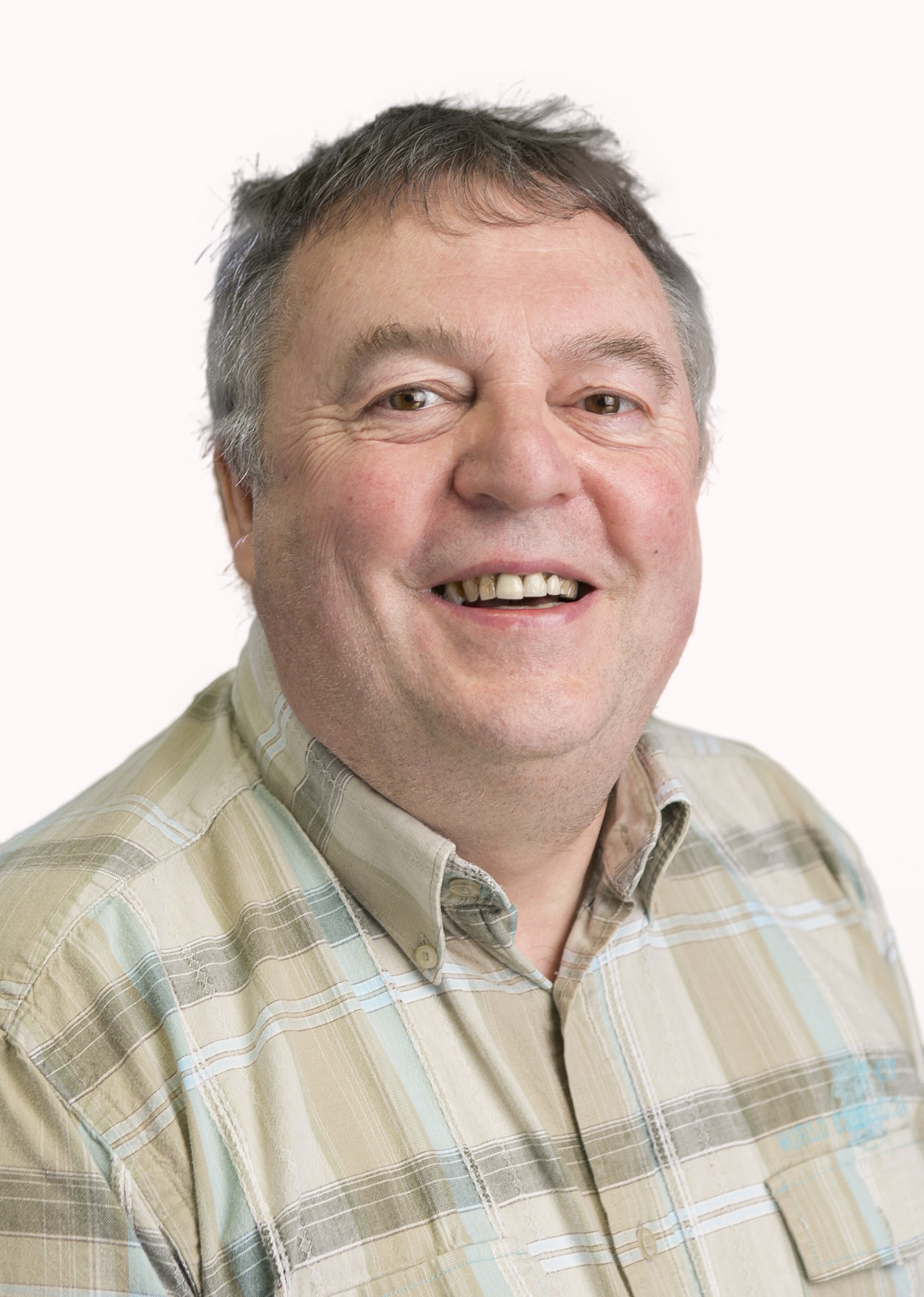