Dr Jenny Butler is a faculty member of the College of Arts, Celtic Studies and Social Sciences and sits on the College Executive Management Committee (CEMC) and on the University's Academic Council. In the Study of Religions Department, she is Director of Graduate Studies and teaches on contemporary religions in Ireland, Western esotericism and new religious movements and has been a Lecturer at UCC since 2002. She is an internationally established researcher in the area of new religious movements and the study of folk religion, and is a leading scholar in her field, having conducted the first ever ethnographic study of Irish contemporary Paganism, which will be published as the monograph 21st Century Irish Paganism: Worldview, Ritual, Identity, forthcoming from Routledge. Also forthcoming are the edited collections Folk Metal: Critical Essays on Identity, Myth and Culture (Palgrave Macmillan) and The Twin Peaks Phenomenon: Essays on a Show Both Wonderful and Strange (McFarland).
Dr Butler is currently the Secretary of The Irish Society for the Academic Study of Religions (ISASR) and an elected Executive Committee Member (Publications Officer) of the European Association for the Study of Religions (EASR). She is a Committee Member of the Anthropological Association of Ireland (AAI), and a member of the Board of Directors of the International Society for the Study of Religion, Nature and Culture (ISSRNC). Dr Butler is an Officer of the European Society for the Study of Western Esotericism (ESSWE) and she founded the ESSWE Regional Research Network, the Irish Network for the Study of Esotericism and Paganism (INSEP). Dr Butler has a wealth of experience of guest editing and working with academic journal teams and is on the Editorial Board of The Pomegranate: International Journal of Pagan Studies, the Editorial Board of Folklore: Electronic Journal of Folklore (2021-2026) and the Advisory Board of the Journal, The Historical and Cultural Heritage of the Peoples of the Ural-Volga Region, produced in association with the Udmurt Institute of History, Language and Literature: Izhevsk, Republic of Udmurtia, Russian Federation. She is the Book Reviews Editor of NVMEN: International Review of the History of Religions.Dr Butler has bid for a number of major international, interdisciplinary conferences to come to University College Cork and has been the sole local organizer of many of these. She has twice won the Conference Ambassador Award from Cork Convention Bureau (2016, 2019) and has been a member of the Fáilte Ireland Conference Ambassador Club since 2016. She is currently organizing the 8th Biannual Conference of the European Society for the Study of Western Esotericism (ESSWE8.com) on the theme of "Western Esotericism, Art and Creativity: Art, Performance and Innovation", to be held at UCC on 5-7 July, 2022.
Dr Butler's scholarly standing is evidenced by several distinguished awards and accolades, and she has been a Government of Ireland Research Scholar (2001-2004), a Dobbin Scholar (2010) and a Charlemont Scholar (2017). For two years running (2000 and 2001), she achieved the designation of UCC College Scholar and, since then, her research has been supported by the Irish Research Council, the Royal Irish Academy, the Ireland-Canada University Foundation, the Ireland-Newfoundland Partnership (Department of the Taoiseach), and by the UCC College of Arts, Celtic Studies and Social Sciences Research Support Fund.
Dr Butler is currently working on a comparative ethnographic project, Fairy Lore and Landscapes, on non-ordinary (otherworldly) beings and landscapes, which explores the interconnections of worldviews, customs, and sense of place as intangible cultural heritage. Her key interests are theory and method in the study of religions, the intersection of religions and national identities, death studies, and the study of new religious movements and emergent religious traditions.

Dr Butler's modules and teaching areas are at the forefront, in pedagogical terms, of understanding the changing Irish religious landscape in the context of the country's cultural and social history and she currently coordinates and teaches the modules RG2309: Contemporary Religions in Ireland, RG2314: Folk Religion in a Global Age, and RG2310: Western Esotericism and New Religious Movements.Dr Butler's teaching areas include the examination of worldviews, traditional cosmologies, and ritual. Her teaching interests range from the customs and beliefs of the early modern period in Ireland to contemporary urban ethnology, popular culture, visual culture and media studies and how these areas intersect with religions.Dr Butler holds a Digital Badge in Universal Design in Learning (UDL) and a Postgraduate Research Supervision Digital Badge, both awarded by the National Forum for the Enhancement of Teaching and Learning in Higher Education. She also completed University College Cork's Connected Curriculum Digital Badge.
Dr Butler has worked in the area of Adult Education through University College Cork's Centre for Adult Continuing Education (CACE) (2011-Present), and is currently the CACSSS Representative on the ACE Short Course Approval Board. She has also taught through UCC's Diploma in Local and Regional Studies. Additionally, she has worked as an instructor for the Vocational Education Committee's (VEC) Adult Education community-based programmes as well as working for the UCC Disability Support Service, UCC.Dr Butler also has extensive experience working with children and teenagers and from 2003-2008, she was employed with the Centre for Talented Youth, Ireland (CTYI) and has taught on a variety of programmes, including Summer Schools. Dr Butler has been a Guest Lecturer through the Erasmus+ Teaching Staff Mobility Programme at universities in Finland (2009), Iceland (2011), Poland (2016), Greece (2018), Croatia (2019) and Turkey (2020).
‍ 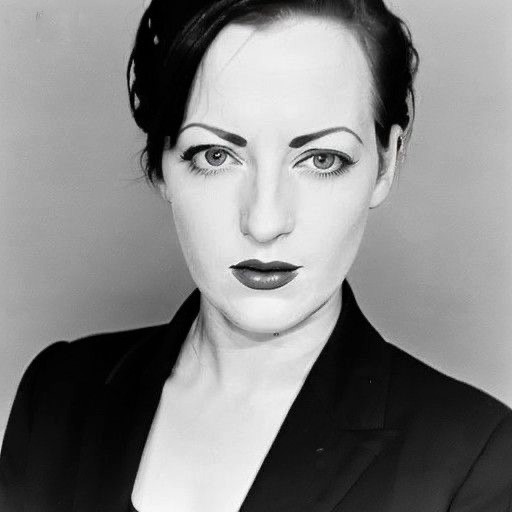