I am a Lecturer in Migration Studies and Geography at the Department of Geography, School of the Human Environment, in University College Cork. I was Director from 1997-2003 of the inter-disciplinary Irish Centre for Migration Studies, focusing on Irish and comparative international migration research. I am also an active member of the Institute for the Study of Social Science in the 21st Century (ISS21).

My current interests focus on a range of topics in the fields of migration and integration studies. I am working on a project to re-visit our major Emigre project of 2012/2013, a representative survey of Irish emigration after the crash of 2008. I'm also working on migrant-centred approaches to integration (combined with an active role in Cork Sanctuary Movement), looking at borders in the context of the Common Travel Area, EU borders and associated systems of control and containment including Direct Provision, and researching the Irish far right online (key question: why is Ireland an outlier compared to the growing strength of ethnonationalist hate movements in most other European countries?). Finally, I'm looking at the implications of climate change for large-scale forced migration

My other academic interests are concerned with Middle Eastern politics, geopolitics and the small state and historical constructions of 'white entitlement' and racism in late 19th and early 20th century Ireland.

I set up and managed UCC's first International Office from 1989 to 1994. Prior to that I taught in the Université  d'Orléans, France, from 1987 to 1989 as Maître de Conférences Associé. I served in the Department of Foreign Affairs from 1976 to 1987, with postings in Brussels, Beirut and Paris and in the Department of Defence, Dublin, from 1971 to 1972.
‍

My primary research focus, on migration and integration issues, has been at the interstices of theoretical, empirical and policy enquiries, located in Geography but within a broadly interdisciplinary framework. I have been able to undertake research combining a knowledge and understanding of official and NGO discourses and actions, the collection of primary empirical field data, an appreciation of the vital role played by a bottom-up, migrant-centred perspective, an informed theoretical perspective, a wide knowledge of literature in the field and a familiarity with the broader international context. My work contributes in significant ways to a public and academic debate which, in the Irish context, has up to now been under-theorised and under-informed in terms of the international comparative dimension.  My recent  research award (below) concerns current Irish emigration and the likelihood of return and confirms my standing in this area of enquiry (more details are  provided in the research portfolio). Moreover, I have an established international reputation in the fields of migration and integration, as evidenced by field-defining publications, a strong and growing record of grant capture and regular invitations to lecture at prestigious international venues and conferences. Research Grants (summary) Irish Research Council 2012/2013 Current Grant  Other GrantsMigrant Integration Index British Council/Migration Policy Group Brussels            €900 Jan-Mar 2008 Study of Migrant Integration in North Cork (PI, with researcher Dr Liam Coakley) Avondhu Development €15,000 Jan 2007- Nov 2007Study of integration options commissioned for Integrating Ireland/One Foundation €13,000 Nov 2005 – Jan 2006Study of integration of refugees and persons with leave to remain in Cork city Reception and Integration Agency, Department of Justice, Equality and Law Reform €20,000 2005-2007Principal Investigator (jointly with Dr Brian Lambkin, CMS Omagh) for all-island study of return migration (chief researcher Dr C Ní Laoire) Higher Education Authority €268,000 2003-2005Ireland section of Service Provision Study (with Scotland, NI) for migrants and ethnic minorities NCCRI Dublin and OFMDFM Belfast €10,000 2004. Advisory work on application to Joseph Rowntree Trust for six-city integration study in UK (grant awarded: UK£250,000) London Metropolitan University UK£6,000 2004Authorship of briefing paper ‘The Implications for Ireland and Britain arising from the development of recent EU policy on migration’. National Consultative Committee on Racism and Interculturalism, and Joseph Rowntree Charitable Trust €3,000 2002.Research grant for study ‘The role of the third sector in the reception and integration of asylum seekers, refugees and immigrants into Irish society’. Royal Irish Academy €35,000 2001/2002. RAXEN survey (European Monitoring Centre for Racism and Xenophobia Vienna) on anti-racist organisations in Ireland National Consultative Committee on Racism and Interculturalism IR£6,500 2001 Contract VS/2000/0312.‘Governance models and new migration patterns: local strategies to foster social cohesion in a changing labour market’. The project was a study of immigration policies in new immigration EU member states (Spain, Italy, Ireland). Award to ICMS: approx. €26,000. European Commission €26,000 2001. Work on oral life narratives. Mr David Ryan, Ryan Partnership Connecticut (private donor) $25,000 2001Project ‘Here to Stay: Refugees in Ireland – an information pack for second level schools’.  Ireland FundsIR£5,000 1999 Project Leader, Euromodule on Comparative Contemporary European Migration €10,000. European Commission €10,0001997-2000 Ireland Funds, New York Donation from Michael Foley, CEO Heineken America €40,000 1999 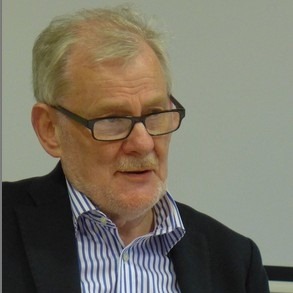